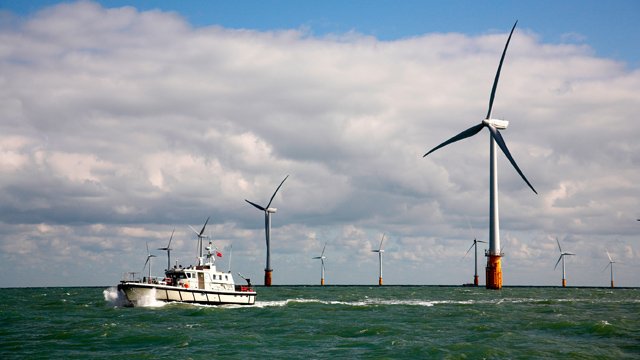 With the new year underway, we are at a crossroads. While the world economy doggedly refuses to turn around, global warming continues to accelerate, posing increasing threats to vulnerable communities. Many, like our friendly Republican presidential candidates, argue that dealing with climate change in the midst of an economic crisis will hinder recovery efforts. The truth, as Manish Bapna and Vinod Thomas write in The Guardian, is quite the opposite.

Bapna and Thomas present a convincing argument about three economic sectors — energy, forestry, and transportation — that would benefit from a shift to a low-carbon future.

Energy expenditure represents about 8% of GDP worldwide, while accounting for about 40% of global greenhouse gas emissions. Governments can drive growth and reduce emissions by investing programs to lower energy use and increase efficiency. In China, an energy conservation program imposed on the country’s largest 1,000 companies prevented the release of 265m metric tonnes of carbon dioxide between 2006 and 2009. Also key: ending fossil fuel subsides, which amounted to a staggering $409 billion in 2010.

The forestry industry, which is responsible for about 12% of global emissions, presents another carbon-reducing, economy-boosting opportunity. In the Amazon, ranchers routinely fell a hectare of forest to create a pasture worth around $500, while releasing hundreds of tons of carbon dioxide into the atmosphere. The solution? Prevent deforestation where the land is worth more with trees than without. Another opporutunity is restoring degraded, deforested lands for agriculture, which increases food production and boosts farmers’ incomes.

The transportation sector accounts for about 12% of global carbon emissions. With car ownership booming and an expanding middle class, that number is on the rise. Investing in clean public transport can provide solid economic returns, as the American experience shows. Here, stimulus dollars spent on public transport yielded 70 more job hours than those spent on highways, according to Smart Growth America.

The shift away from traditional modes of economic growth is well underway. The countries that ignore climate change do so at their own peril.

“The world will, of necessity, eventually move to a low-carbon future,” write Bapna and Thomas. “But it is the countries with the political courage to act boldly and urgently toward this future who will be best positioned to reap the rewards.”

Photo: The Thanet offshore wind farm off the coast of Kent, England — the world’s largest. (AFP/Getty)