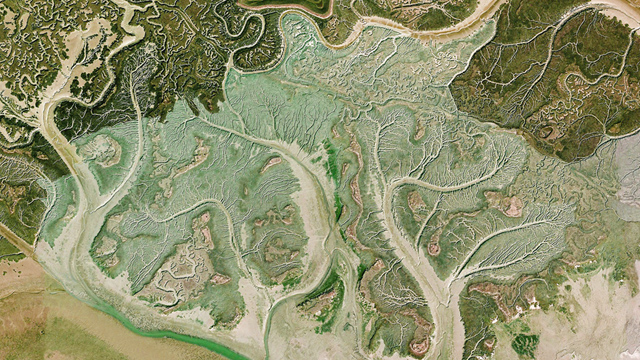 If you’re beginning to think we have sort of a thing for aerial and satellite photography, you are correct. This series comes from Flickr user totaviva, who we can’t tell you anything about because, well, we don’t know anything. No matter, she didn’t take these photos anyway. They’re actually screen grabs from Google Earth. But that doesn’t make them any less freakishly amazing. From eastern Mongolia to the coast of Holland, the satellite images render the planet in mysterious and fascinating light. Take a brief photographic journey around the world, and get your perspective warped along the way. Bonus.