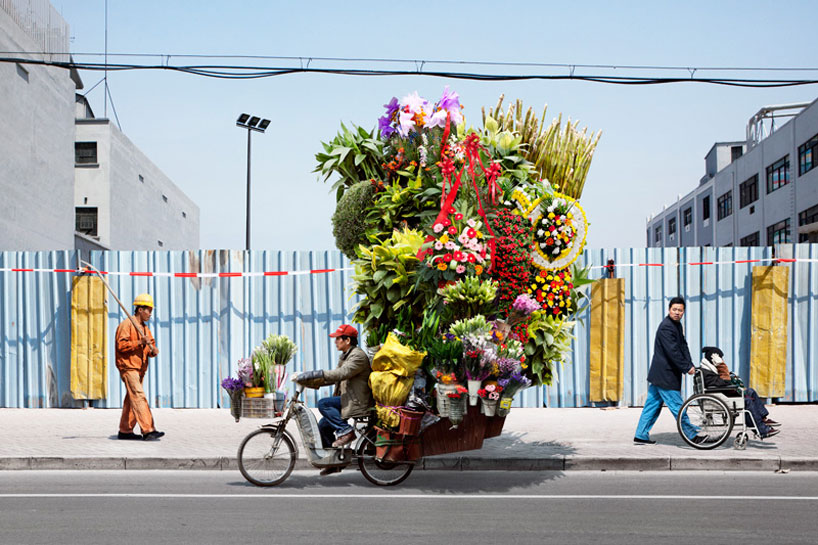 "A few days after my arrival, I had a feeling of vertigo, a sort of nausea due to the constant effervescence of the city and its permanent stimulation of all senses," says Delorme. "This gave me the idea to create a series about accumulation."

In the series, which looks like photo-realist painting, the photo composites are created from over 6,000 images. The "totems" are exaggerated so that the loads of tires, chairs, water containers, and flowers seem to swallow both the porter and the viewer, echoing the verticality of urban expansion and offering a symbolic comment on Made in China consumer culture.