All Aboard the Helsinki Plant Tram 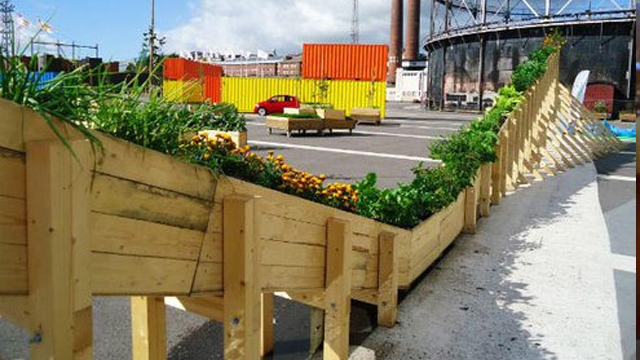 A British Council project in Helsinki is bringing some unusual cargo to tram lines in the Finnish capital. Passengers on public transport are being invited to donate living plants for inclusion in a whimsical, amusement-park-themed urban garden built in a disused industrial site.

The Plant Tram Urban Garden was conceived by the London-based landscape practice Wayward Plants in collaboration with Dodo, a Finnish environmental group. Constructed from reclaimed timber, the rolling garden takes its inspiration from the iconic wooden roller coaster built for the 1952 Olympics in Helsinki.

The weaving Plant Tram Urban Garden itself will be on display at Suvilahti, an old power plant in the north east of the city, through September 16 as part of World Design Capital Helsinki 2012.