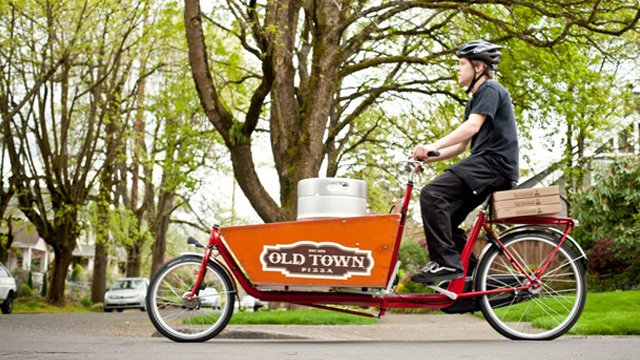 In an announcement that will surprise approximately nobody, Portland has been named America’s Top Bike-Friendly City in the 2012 rankings from Bicycling magazine. Bike culture reigns supreme in the Pacific Northwestern city, which boasts 180 miles of bike lanes and 79 miles of off-street bike paths.

Always quick to embrace cyclist-friendly innovations, Portland was the first city in the United States to implement bike boxes at intersections and elementary-school bike commuting trains. Among the city’s many bike shops is newcomer Go By Bike, which is located under the aerial tram and offers valet parking, rentals, and repairs.

In second place is Minneapolis, which has a strong commitment to fossil fuel-free transportation, with over 120 miles of bikeways, a bike-share program, and lots of bike amenities. The wintry city actually ranked number one in the 2010 list.

One surprise, to us at least, is Chicago, which came in at number five. Cyclists in the Windy City have benefitted from transporation czar Gabe Klein’s ambitious agenda to reinvigorate Chicago’s bike network.

And what about our beloved/maligned Los Angeles? The city has definitely made some strides, with a 96 percent ridership increase at intersections with new bike lanes. But at number 32, there’s still plenty of work to be done.

Check out the full rankings here.