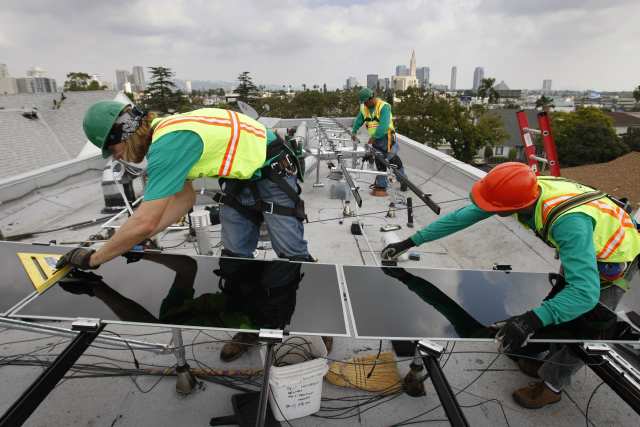 With most industries in California cratering under the weight of an intractable recession, green businesses have proven to be most resilient, according to a new report.

The nonprofit Next 10, which is focused on improving California’s future, found that the overall state economy shrunk by 7 percent from 2009 to 2010. During the same span, the “core green economy” — made up of businesses involved in renewable energy, clean transportation, water conservation, emissions trading and more — suffered only a 3 percent job loss.

The “Many Shades of Green” report also looked at longer-term growth, finding that the green economy has been expanding much more rapidly than the overall economy. Since 1995, the state economy grew by 12 percent, while green businesses grew 53 percent.

“In other words, green jobs have staying power,” writes Sarah Laskow at GOOD. “Green industries become more attractive economic opportunities in times of downturn, since they promise cost savings and resilience in the face of rising costs.”

The report offers a promising sign that industry is betting on green jobs in California, even while the state is mired in a recession. With economic growth on the horizon, we can expect sustainable jobs to play an even bigger role.