As the Climate Goes, So Goes the Economy 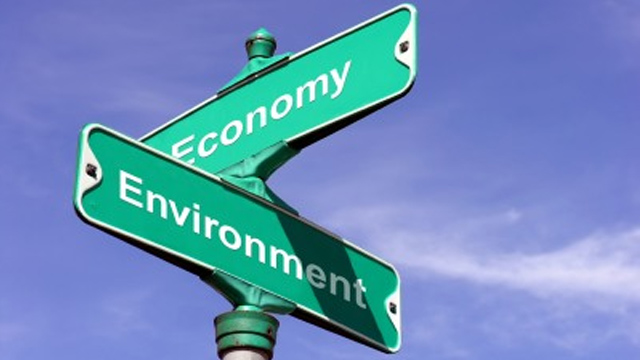 The financial costs linked to climate change represent the biggest threat to the global economy, according to Nobel Prize winning economist Joseph Stiglitz of Columbia University.

Stiglitz, who has served as both chief economist of the World Bank and Chairman of the Council of Economic Advisers, says, “…while we focus on immediate concerns, [long-term problems] continue to fester, and we overlook them at our peril. The most serious is global warming.”

How serious is “serious?” As serious as India’s Union Finance Ministry determining its government is spending more on climate change adaptation than on the health sector. As serious as a reduction of the world’s gross domestic product by 1.6 percent annually.

Torrential rain is responsible for flooding that could render hundreds of thousands of homes in the UK uninsurable and, consequently, unmortgageable; home prices would take a big hit.

Drought has drained enough water from the mighty Mississippi River that a shutdown of shipping traffic is considered a possibility, costing billions of dollars and thousands of jobs.

Add all these costs to research that says the cost of dealing with climate change will only increase in time, then ask yourself, “Why exactly do we avoid taking action to prevent more damage?” As Chiemi Hayashi of the World Economic Forum’s Risk Response Network says, “…with economic and environmental stresses playing out over different timeframes, deep-rooted biases in the way we judge risks may mean we are too preoccupied with firefighting short-term economic problems to tackle longer-term climate threats.”