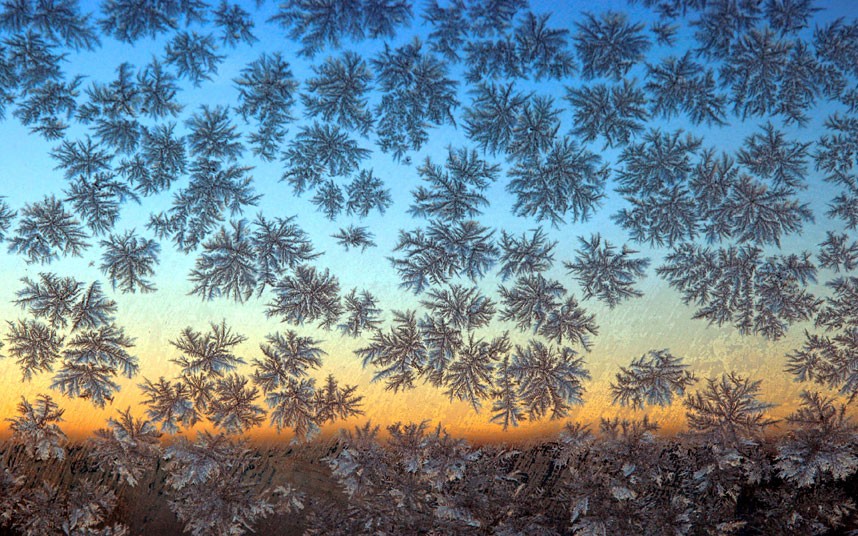 For more proof that the world’s greatest artist is Mother Nature herself, may we present you with these dreamy images of frost patterns (via the Telegraph). People from northern climates are familiar with window frost, but these photos present the phenomenon in a surreal new light.

Frost forms on windows when there’s cold air outside and moist, warm air inside. The different patterns can be influenced by scratches or dust on the window surface, which serve as “nucleation points” from which the crystals grow. The common floral patterns, called fern frost or frost flowers, seem to mimic plant life.

Frost, as it happens, is becoming less common, thanks to better insulation and double-paned windows. Energy efficiency is never not a good thing, but these pictures show how cool window frost can look.