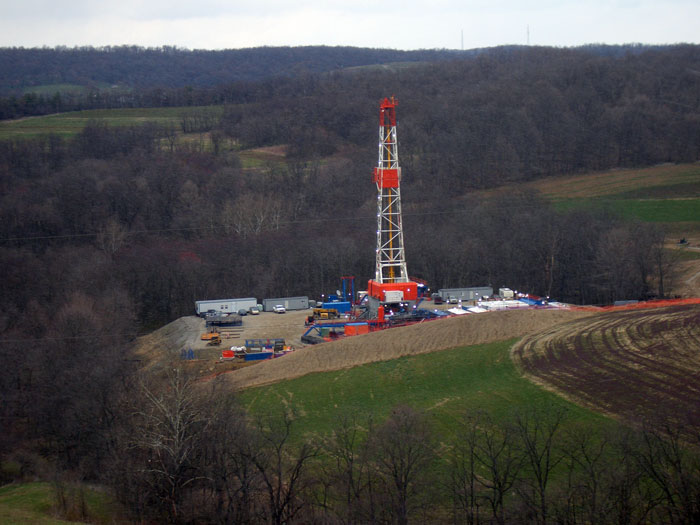 Good news for fracking opponents in New York state this week, as an N.Y. Supreme Court judge ruled that the upstate town of Dryden is within its rights to ban a company from drilling for natural gas within its borders.

Last August, Dryden’s Town Board passed a drilling ban and was sued a month later by the Anschutz Exploration Corporation, whose lawyers argued that the town had no power to prevent them from drilling below the 22,000 acres they had leased inside the town’s boundaries. But the Supreme Court ruled otherwise, setting a precedent to allow local communities to decide if they want fracking and other potentially harmful mining practices in their communities. More litigation from Anschutz  is sure to come, but for now, this is a big win for the environment and the people, and quite a loss for dirty energy.

Proponents of fossil fuel development would most likely relate the failure of this project to the pysche of NIMBYism. People uniting to prevent an energy project from transpiring due to pure aesthetic reasons is one thing. But NIMBYism as it relates to maintaining healthy communities by not polluting our groundwater and leaching toxic chemicals in the soils of our towns is a whole different matter. In some instances, people need to let go of their aesthetic objections to energy projects, and realize that they are a necessary part of life in a plugged-in society. But who would want to live in an area where fracking takes place, causing irreversible damage to the local environment and the communities who populate it? If that is NIMBYism, then I am all for it.

Photo: A drilling rig above the Marcellus shale formation in Pennsylvania (via Earth Island Journal)