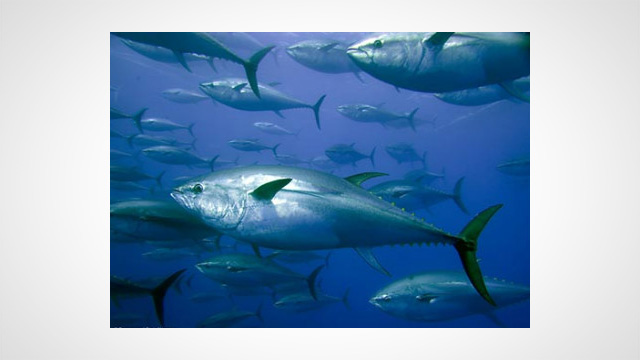 Some dismaying news for our oceans today, when a bid to ban commercial trade of Atlantic bluefin tuna was shot down at UN endangered species meetings. The proposal, tabled by Monaco, was opposed by Japan, Canada, and many developing countries on the grounds it would devastate fishing economies.

Demand for bluefin tuna is driven by luxury seafood markets in Japan, where it is a sushi mainstay.

What's not clear is how the countries opposing the ban think they're going to fish for bluefin tuna when there is none left.

BBC News reports that bluefin tuna stocks have fallen about 85% since the industrial fishing era began. A year ago the WWF predicted that Atlantic bluefin tuna would disappear by 2012 unless a ban was put in place.

Once again, politicians fail to reach consensus on sustainable resource management, meaning it's up to us to consume consciously.