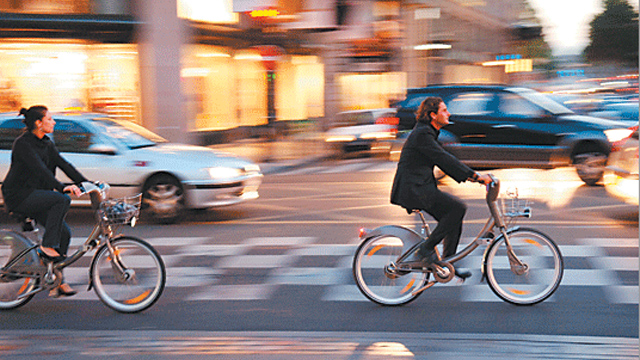 If we had to guess what America’s top cycling city is, we’d probably say Portland, where the perfect combination of mild climate and smart planning makes the city a veritable biking mecca. But, if the results of a new report from the Alliance for Biking & Walking are to be believed, we’d be wrong. According to the organization’s biannual benchmark report, the city with the greatest percentage of walkers and cyclists is — get this — Boston. And, maybe even more surprising, the state that takes the crown is Alaska.

Boston may not be known as a great biking city, but its Hubway bike share system, launched last year, is one of America’s most ambitious. And Bostonians love to walk; 13.9 percent of city commuters walk to work.

So what’s with Alaska? Well, that’s easy. With gas at around $10 per gallon, driving in Alaska will drain your wallet pretty quickly.

A deeper examination of the results, however, reveals that there is more than meets the eye. Boston takes the overall crown not because biking is so prominent, but because so many people walk. In fact, Portland indeed has the greatest proportion of cyclists. The cities that rank highly for both biking and walking are Washington D.C., Seattle, and San Francisco, all of which have “complete streets” policies that are friendly to walkers and bikers.

“All those cities we have at the top of the list, they were all cities that were built around human beings first,” Alliance president Jeffrey Miller told GOOD. “It’s easier to walk and bike in parts of these cities than to drive.”

And it looks like America’s transportation future is moving in the right direction. As GOOD’s Sarah Laskow notes: