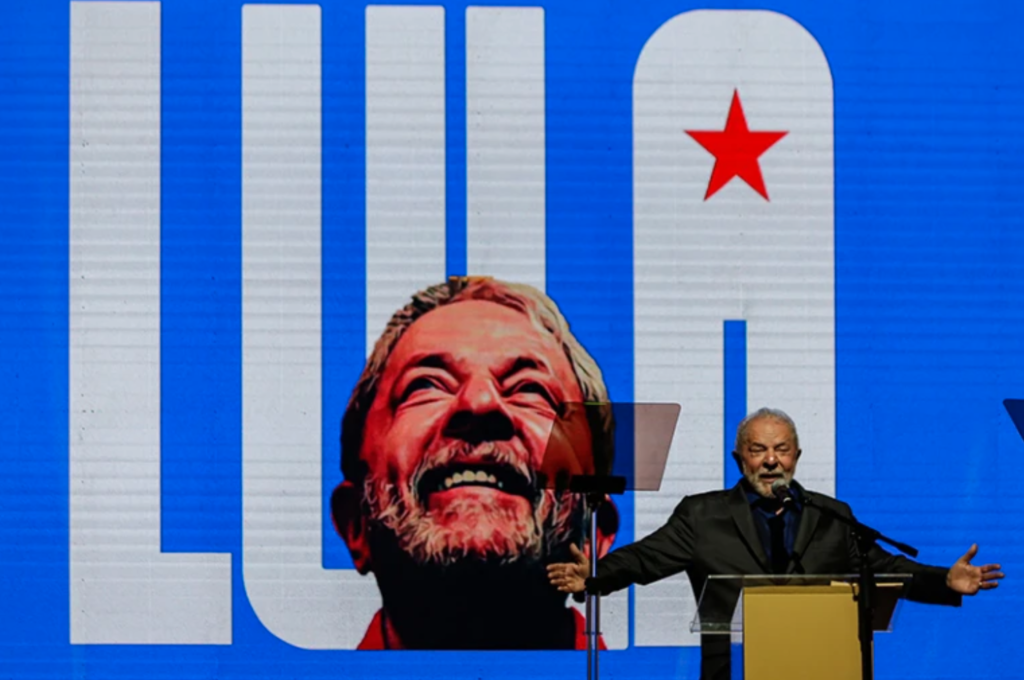 Overcoming a 19-month stint in prison on corruption charges that were tossed out in 2021, Lula received nearly 51% of the vote in a run-off election against the right-wing incumbent Jair Bolsonaro. Lula, a leftist labour leader and former president, will take office in January.

“Today is a very hopeful day here in Brazil,” says Elisa Orth, a chemist at the Federal University of Paraná in Curitiba. Orth has watched students walk away from science over the past several years, while Bolsonaro slashed research funding and attacked scientists, academics and others. With Lula, Orth says, “we voted for somebody who believes in science, who believes in education”.

Scientists and academics had largely lined up in favour of Lula, who garnered international fame during his first two terms in office, from 2003 to 2010, for promoting sustainable development, lifting millions out of poverty and sharply reducing deforestation in the Amazon. The Workers’ Party that he leads has invested heavily in science, innovation and education.

By contrast, during his presidency, Bolsonaro cut science budgets, curbed the enforcement of environmental policies and promoted misinformation about COVID-19 and vaccines during the pandemic, which killed more than 685,000 people in Brazil. A former army captain, Bolsonaro repeatedly questioned the legitimacy of Brazil’s electoral system in the run-up to the election, leading many to fear that he might attempt a coup. He had not yet conceded the election and made no public comments on the outcome by the time Naturepublished this story.

“I’m feeling relieved,” says Luis Sánchez, an environmental engineer at the University of São Paulo. Lula’s election provides hope that Brazil can move forwards with new policies to protect the environment, reduce poverty and promote a more sustainable and equitable route for economic development, Sanchez says, “but it won’t be easy”.

In his acceptance speech, Lula announced that the environment is one of his top priorities, alongside addressing hunger and poverty. He also welcomed international cooperation to help him end deforestation in the Amazon, which has mainly been driven by the clearing of land for cattle pastures. Scientists, environmentalists and many world leaders keen to curb carbon emissions from deforestation and conserve biodiversity welcomed the news after four years of Bolsonaro, under whom forest loss in the Amazon has hit its highest level in 15 years.

Brazil was once a global leader in making agricultural data publicly available, she says, and scientists and businesses can use that data to monitor land use and cattle movements. The Bolsonaro government, however, has restricted access to such information1. Being able to track cattle movements in Brazil, the world’s largest beef exporter, she says, “is a key to reducing deforestation in the Amazon”.

Although Lula came out on top in Sunday’s presidential election, Bolsonaro’s supporters prevailed in many of the congressional elections that took place on 2 October. This means the incoming Lula administration will face additional hurdles implementing its agenda.

Conservatives in the Brazilian Congress could continue to push legislation that has drawn opposition from scientists and environmentalists, Sánchez says, including a bill aimed at making it easier to approve new infrastructure such as roads, dams and mines by reducing regulatory protections for the environment, communities and Indigenous peoples. Such efforts could put the Lula administration on the defensive, and it remains unclear whether it will be able to halt such legislation or negotiate a compromise. “No one knows,” Sánchez says.

Nonetheless, many scientists remain optimistic for the new administration. Lula’s government will face challenges building support for a new sustainable development agenda, but his record in tackling past deforestation gives reason for hope, says Aline Soterroni, an environmental scientist at Oxford University, UK. “Today Brazil is a global pariah,” she says, but Lula will probably re-engage at the international level and submit an ambitious new commitment to reduce the country’s greenhouse-gas emissions under the United Nations climate convention. “We have reasons to believe,” she says.

Lula was also the only presidential candidate who mentioned science during his campaign — another reason for hope, says Luiz Davidovich, a physicist at the Federal University of Rio de Janeiro and former president of the Brazilian Academy of Sciences. More importantly, Davidovich says, Lula has shown an ability to listen, learn and bring people together.

“That should make a difference,” he says.