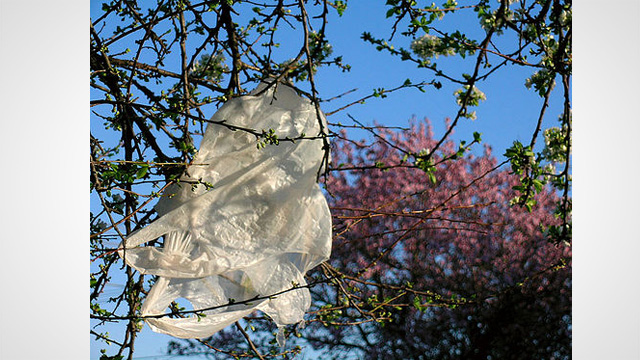 In a move Governor Arnold Schwarzenegger called a "great victory for the environment," California will become the first US state to ban plastic bags.

Under the measure, shoppers who don't bring their own reusable bags to the store will have to pay for recycled paper bags at the checkout aisle. Retailers must provide paper bags made of at least 40% recycled material.

Environmental groups are welcoming the ban with open arms. Plastic pollution is wreaking havoc on marine ecosystems, and a growing chorus of eco-activists are uniting around the cause.

California residents use some 19 billion bags a year, and the state spends about $25 million a year to bury the bags in landfills. The move follows plastic bag-banning laws in countries like China and Bangladesh, and expands upon the prohibitions already put in place by five cities in California.

The bill goes to the state Senate next, then on to Arnold Schwarzenegger's office. The Governor has already announced his support for the bill. With Schwarzenegger's support and the success of the bill in the assembly, hopefully the legislation will advance through the California senate and further the state's reputation as an environmental leader in the country.