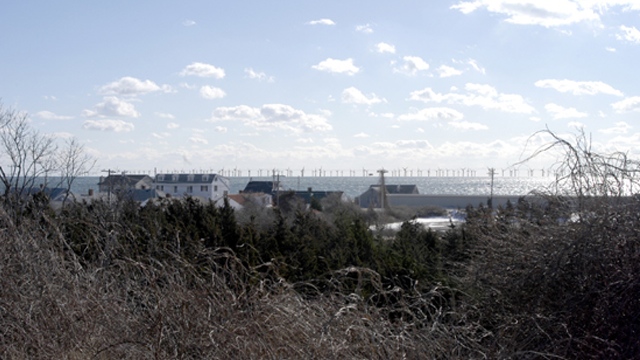 Cape Wind, the proposed 130-turbine wind farm to be built in Nantucket Sound off the coast of Cape Cod, received its final federal permit late last week, clearing the way for construction to commence this year. The EPA approval completes a regulatory process that has lasted over a decade.

Cape Wind will be the first offshore wind farm in the United States, and renewable energy advocates have reason to be excited. The only catch? The project’s sponsors have yet to find buyers for all of the relatively expensive electricity that the turbines will produce.

Last November, Massachusetts utility regulators accepted a contract from National Grid to buy half of Cape Wind’s electricity output. A project spokesman said the company was negotiating with several utilities to sell the other half of the output. “We’re confident the project will move ahead,” he said.

Photo: A simulated look at the Cape Wind project from Craigsville, Mass.