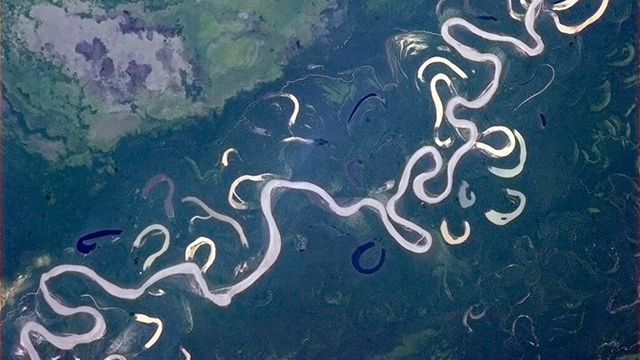 During his five months onboard the International Space Station, Commander Chris Hadfield became a social media sensation, gaining nearly one million Twitter followers thanks to his regular posts. Among them were many amazing photos of Earth from space, from which we’ve pulled a few of our favorites.

Check them out, alongside Hadfield’s witty quips.

3. Those are some absurdly geometric Brazilian farms. Each square is exactly 1 km2; the fields in the rain forest are in Alto Paraguay, just across border from Brazil

4. The Isle of Wight looks like a jigsaw piece that needs to be moved up and in

5. Huge swirls in the sea off of Mumbai, India

7. Our Earth is mostly liquid rock. We live on a thin crust, with occasional hot spots, like Mt. Etna