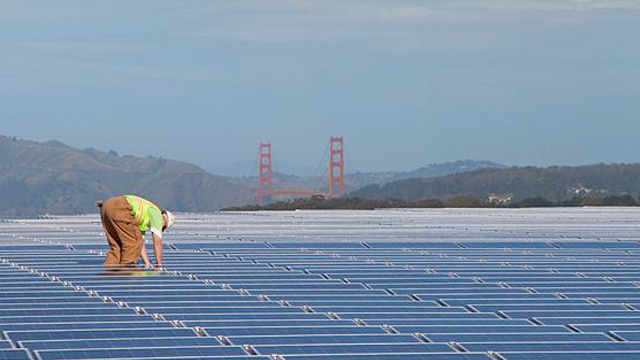 Despite significant economic hurdles, 2011 was a big year for renewable energy. According to a UN report released this week, global investment in clean power surged to a record $257 billion in 2011, with solar attracting more than half ($147 billion) of the total spending.

The report, “Global Trends in Renewable Energy Investment 2012,” is published by UNEP based on data from Bloomberg New Energy Finance. This is the fifth installment of what has become the standard reference for global clean energy investment data.

The increase represents a 17 percent leap above 2010 renewable energy investment levels. That’s significantly smaller than the 37 percent growth recorded in 2010, however it was achieved at a time of rapidly falling prices for renewable energy equipment and severe pressure on fiscal budgets in the developed world.

UNEP Executive Director Achim Steiner is hoping that the report will build support for a green economy among world leaders as they gather in Rio de Janeiro, Brazil for next week’s environmental summit.

“This sends yet another strong signal of opportunity to world leaders and delegates meeting later this month at the Rio+20 summit – namely that transforming sustainable development from patchy progress to a reality for seven billion people is achievable when existing technologies are combined with inspiring policies and decisive leadership,” Steiner said.