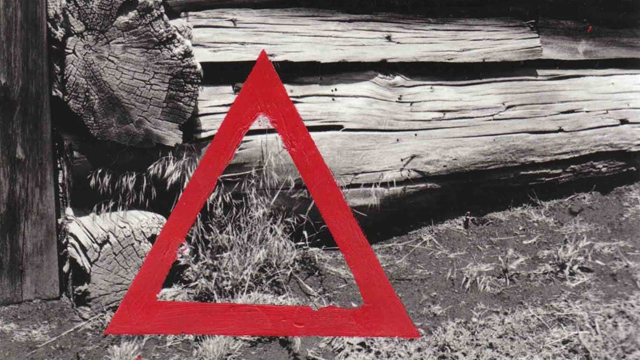 There’s something innately visually satisfying about basic shapes. Squares, triangles and circles seem to speak to something primal within our brains that makes our synapses do a happy dance. Or at least that’s what this collection of mixed media works from Conrad Crespin does for us. The Portland, OR-based artist and designer applied basic red forms to old black-and-white photographs to create these mixed media studies in contrast. And they weren’t just any old found photos; his dad, who passed away several years ago, shot them way back in the day, so the series carries deep meaning for the artist.

“I wanted to rework the images in a way to highlight the differentiation between foreground and background,” Conrad explains. “I really like the way the red forms stand out against the black and white background. My father passed away several years ago and I feel as though this series is a collaborative effort.”