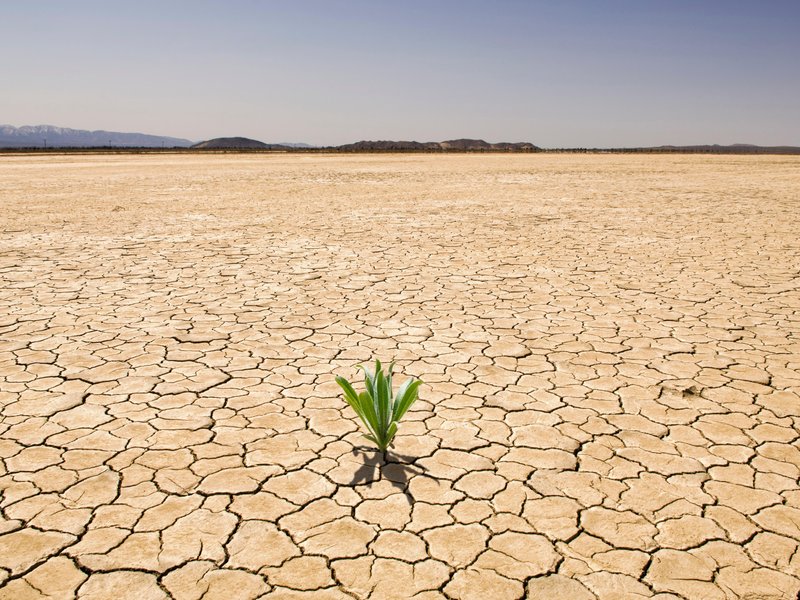 By Erin Blakemore for Smithsonian

In a new study, publised in Nature, botanists pioneered a new strategy for reprogramming plants to do better during droughts. It began with the plants’ natural technique for dealing with drought: they produce a hormone called abscisic acid (ABA) when they don’t have enough water. ABA closes a plant’s stomata (cells that let carbon dioxide in and out), preventing water loss. In 2009, Sean Cutler and his team at the University of California, Riverside, identified the proteins in charge of those responses, as Nature News explains.

But, as Cutler told the Los Angeles Times, simply spraying plants with ABA to prevent water loss is too expensive, and the compound is so fragile that it’s “not practical for use for agriculture.” So he and his team hit on another solution—genetically modifying plants to respond to a fungicide called mandipropamid. By tweaking the plant’s protein receptors, Cutler’s team was able to effectively reprogram the plant to react to mandipropamid, a human-controlled stimulus, in the same way it would to its own naturally produced ABA. They had created, in short, a sort of on/off switch for a plant’s drought tolerance.

There’s a drawback, though, Cutler told the LAT:

[W]hile closing the stomata keeps plants from losing water, it also keeps them from growing.

“The response we get is like hitting a pause button,” he said. “The downside is you are also pausing growth.”

Though Cutler and his team are optimistic about the potential of their drought switch, others aren’t so sure. Botanist John Passioura tells Nature that he’s worried about the technique’s impact on plant temperatures. He wonders if the technique will be more advantageous than technologies that modulate a plant’s nitrogen use instead.

The new discovery is the latest in a crop of innovations that could change the way plants respond to drought. From fungus to “thermostat” genes to bacterial priming, researchers are full of ideas on how to make plants tolerate lower water levels. As with any GMO research, not everyone’s so sure this is a good idea. And there is evidence that plants bred by conventional means to resist drought are just as good at the job—if not better—than genetically engineered ones. But, with worsening drought looming in the future, it’s hard to dismiss any new idea for creating are truly drought-tolerant plant.