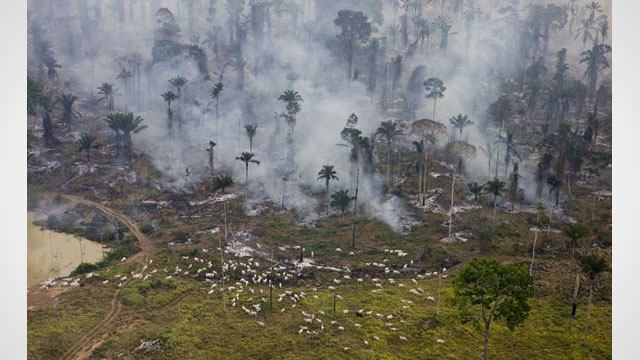 The world's net rate of forest loss has slowed markedly in the last decade, with less logging in the Amazon and China planting trees on a grand scale.

Yet forests continue to be lost at "an alarming rate" in some countries, according to the UN Food and Agriculture Organization (FAO).

Its Global Forest Resources Assessment 2010 finds the loss of tree cover is most acute in Africa and South America.

But Australia also suffered huge losses because of the recent drought.

"This is the first time we've been able to say that the deforestation rate is going down across the world, and certainly when you look at the net rate that is certainly down.

"But the situation in some countries is still alarming," she told BBC News.

Photo by Daniel Beltra/Greenpeace via Guardian