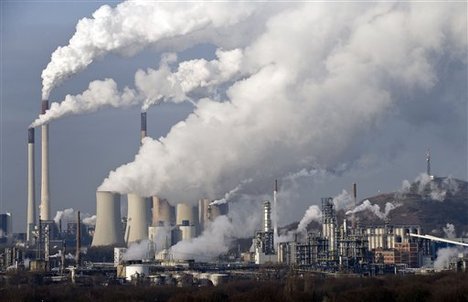 COP16 kicks off in Cancun, Mexico today, and expectations are low. It seems like not that long ago that the Copenhagen talks failed in such spectacular fashion. We can still taste the defeat. Tastes bad.

Despite the dreary outlook, there is potential that something good can come from the meetings. But any chance at success will require that leaders shift their approach.

In a recent NYT op-ed article, Profs. Veerabhadran Ramanathan and David G. Victor argue that the talks should focus less on long-term efforts to halt warming and more on immediate actions that could have tangible effects in the short-term. How? By shifting the spotlight away from carbon dioxide emissions â€” which no one can agree on â€” and toward short-lived warming agents like methane, ozone, hydrofluorocarbons, and soot.

The fast-action approach is appealing for a number of reasons. First, and most importantly, it's politically and technologically feasible. Second, it could have significant effects; together, the warming effect of these pollutants amounts to almost 80 percent of the warming produced by CO2. Third, those potential effects could be felt within a couple decades.

"For too long, overly ambitious global climate talks have focused on the aspects of global warming that are hardest to solve," write the authors. "A few more modest steps, with quick and measurable effects, are a better way to proceed."

Seems sensible. What do you think? Read the op-ed