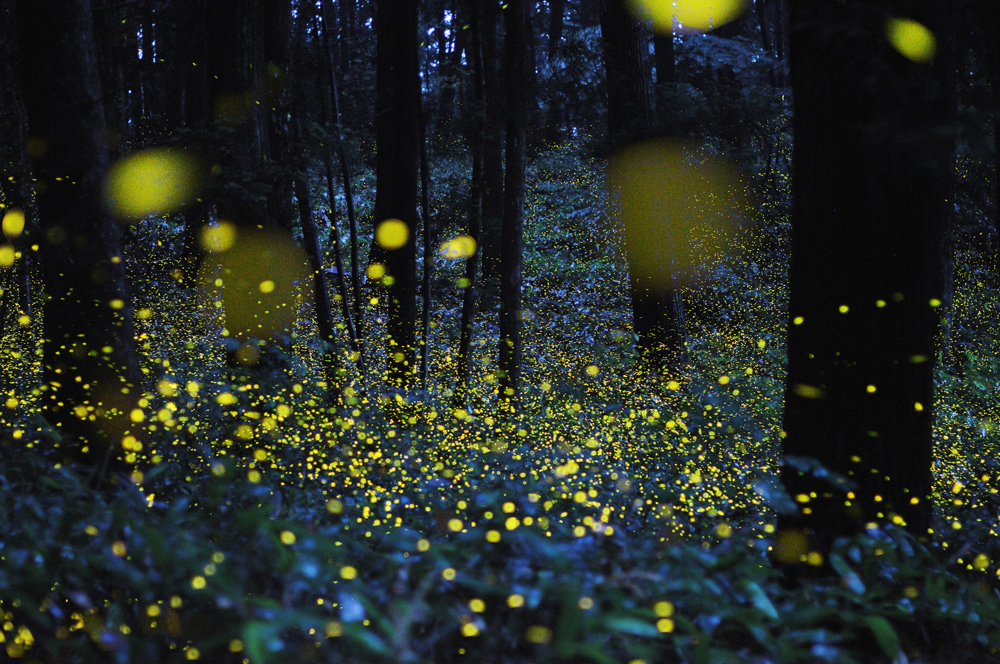 When digital photos look too good to be true, they usually are. That’s the assumption, anyway. So when we first ran across these incredible images of fireflies sparkling in the Japanese night, we assumed they had been touched up by a heavy hand. Not so, apparently.

The man behind the camera — Tsuneaki Hiramatsu, a hobby photographer from Okayama City — used long-exposure and time-lapse shots to capture images of insect bioluminescence that look like pure fantasy.

Shot between 2008 and 2010, the photos aren’t exactly new, but they’ve set  blogosphere on fire of late. Wired tracked down Tsunaeki for an interview and when he was asked his thoughts on the photos going viral, he responded, “I was like, what happened?!”

More of Tsuneaki’s work can be found on his site.