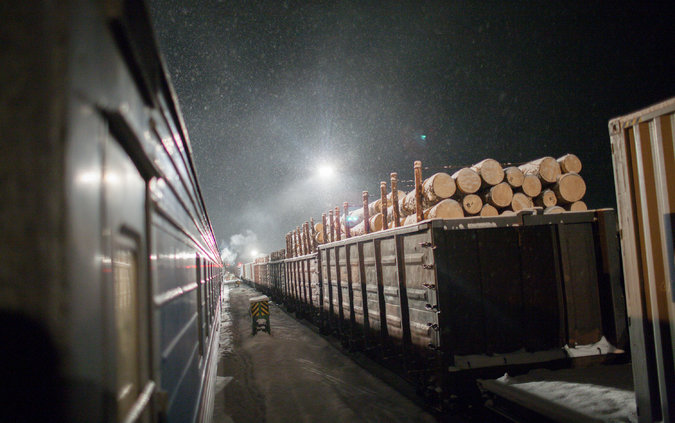 I HAVE loved wood and the smell of sawdust ever since I was a child and got to wander among the open sheds at the local lumberyard. But for years now I have had a sick feeling every time I shop for almost anything made of wood. The prices are often unbelievably good, but then I notice the words “Made in Vietnam,” or some other country where illegal logging is demolishing forests at appalling speed, largely for the United States and European markets.

So I was pleased when I read this month that a federal judge had approved a criminal settlement in just such a logging case. But I was also disappointed that the settlement imposed no jail sentences and fined Lumber Liquidators just $13.1 million, pocket change for the largest retailer of hardwood flooring in the United States. The crime, a felony, was importing and selling flooring, via China, that was illegally logged in the forests of Russia’s Far East.

Lumber Liquidators is of course more notorious for having sold laminated flooring, also from China, that contained dangerous levels of formaldehyde, a carcinogen. The CBS program “60 Minutes” exposed that practice last March, leading to the collapse of the company’s sales and stock price, and the resignation of its chief executive, Robert M. Lynch.

But more than a year earlier, private investigators revealed the company’s criminal logging, and federal agents raided its headquarters. Oddly, the market shrugged it off then, and Mr. Lynch held onto his job. I don’t mean to minimize the formaldehyde issue, but people can rip tainted flooring out of their homes, and class-action lawsuits on behalf of customers and shareholders may help recoup their losses. Replacing old-growth forest, on the other hand, is almost impossible.

The forests of Russia’s Far East are the only remaining home of the 450 or so wild Siberian tigers and 50 wild Amur leopards in the world. Those 500 lives matter infinitely more than our discount prices.

The tigers require huge expanses of intact forest — a home range of 450 square miles for a male, and about a third of that for a female. They also need that forest to be abundantly populated with deer and wild boar, and these prey species in turn must feed on acorns from Mongolian oak and pine cones from Korean pine to survive. But forests like that are rapidly vanishing thanks to companies like Lumber Liquidators.

The statement of facts accepted by the company as part of its settlement was damning. In pursuit of sharp discounts and higher profit margins, employees sought out lumber they knew, or ought to have known, was illegal, and submitted falsified import declarations to disguise that fact. They asserted, for instance, that Mongolian oak, which grows only in the Far East of Russia, had been harvested in Germany. They did it by the boatload, and probably would have continued to do so, because customers flocked through the doors, and investors smiled. In 2012, Mr. Lynch’s first year leading the company, one financial website chose him as their “chief executive of the year,” noting Lumber Liquidators’ knack for deep discounting that “puts its peers to shame.”

But the shame turned out to lie elsewhere in October 2013, when the Environmental Investigation Agency, a nonprofit conservation group, unveiled the results of a long-term undercover operation in China and Russia. Investigators had followed the lumber from the forests north of Vladivostok to the mill, and from the mill to the Chinese factory that was the largest buyer. They weren’t looking for Lumber Liquidators, said Alexander von Bismarck, the conservation group’s executive director. But “we almost literally bumped into the stacks and stacks of boxes that have the Lumber Liquidators brand in the factory that we had gone to,” he said. “They were the largest customer of the worst actor in terms of cutting and buying illegal timber in that forest.”

The settlement was the largest ever under the Lacey Act, the fundamental United States law against illegal trafficking in wildlife. (The law ties penalties to how much a company profits from illegal activities rather than to the much larger social and environmental costs.) It was also one of the first successful prosecutions under a 2008 amendment that extended the Lacey Act to imports of illegal lumber. Similar legal changes have gone into effect in Australia and Europe, with the aim of shutting down the major markets for stolen lumber.

Beyond the $13.1 million fine, Lumber Liquidators’ market worth has sunk roughly 90 percent, from more than $3 billion in 2013 to less than $400 million as of last week. “This is the first time that the guys risking their lives in the Russian Far East have an actual concrete reaction in the market to their intelligence,” said Mr. von Bismarck. “It’s easy to say, ‘Is that all they get, $13 million?’ But we’ve had 100 years of losing forests where nothing has happened.”

The Lumber Liquidators settlement also includes a five-year probation, in which the company must enact an environmental compliance plan, with probation officers and Department of Justice lawyers looking on. Why no criminal sentences? Corporations typically compartmentalize knowledge, so someone may know that a wood product is illegal, and someone else may know the documentation is false, and someone in retail may know they’re getting an incredible price — but they ask no questions, any more than you would on being offered choice merchandise that “fell off the back of a truck.”

But the case puts companies on notice to ask those questions, said Mr. von Bismarck, because even if $13.1 million is pocket change, a couple of billion dollars loss in stock value starts to feel like real money. That message is also reaching companies in China and other countries that have exported illegal lumber with impunity, he said.

The legal change has also given hope to those who take the risk of fighting illegal logging in their home countries. In Houston last September, a tip from forestry officials in Peru led United States customs agents to seize a shipload of lumber said to have been illegally logged in the Amazon. That seizure was followed by a crackdown by Peru’s government on opponents of illegal logging, which included the firing of Peru’s top forestry official, death threats and the firebombing of his offices. But firing and intimidation may no longer avail: The same ship that made the Houston delivery is now being detained with another load from the Amazon by officials in the Dominican Republic.

This is all good news. It means tigers and a host of other species may still have forests to wander in, and honest companies will face less unfair competition from stolen timber. It’s also a reminder of a fundamental truth we all tend to forget in our insatiable quest for bargains: The lowest price is seldom the best deal for anyone.