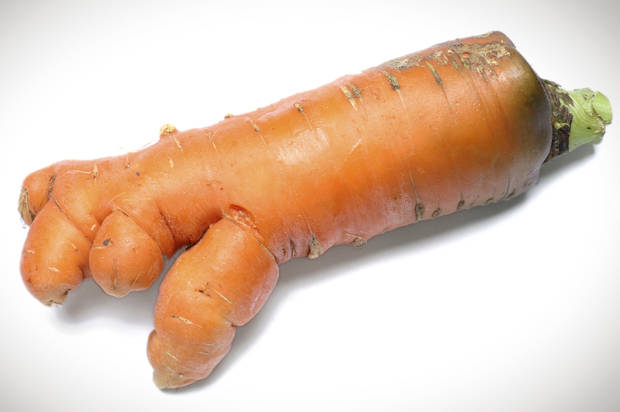 … One cosmetically challenged vegetable at a time.

Ron Clark is no stranger to food waste. After more than 20 years of working to supply fresh produce to California’s food banks, he knows every point along the route from farm to table where produce gets plucked from the human food chain, for cosmetic reasons, and composted, fed to pigs, or buried in a landfill.  Clark was filling 60-80 truckloads per week with recovered food, bringing 125 million pounds of perfectly healthy produce to hungry food bank clients, by the time he left the food bank system. Today he looks on in awe at a new wave of innovators looking to tackle the problem of food waste. Most of them are 20-somethings fresh out of college, he told me. And they’re using business models, rather than nonprofits, to get it done.

An estimated 40 percent of all food grown never gets eaten by humans, and hunger isn’t the only consequence. Wasted food also represents wasted water, and contributes to global warming, thanks to the methane produced when it rots in the landfill.  MORE

Photo courtesy of: Boyan via iStock