Global Carbon Emissions Down in 2009 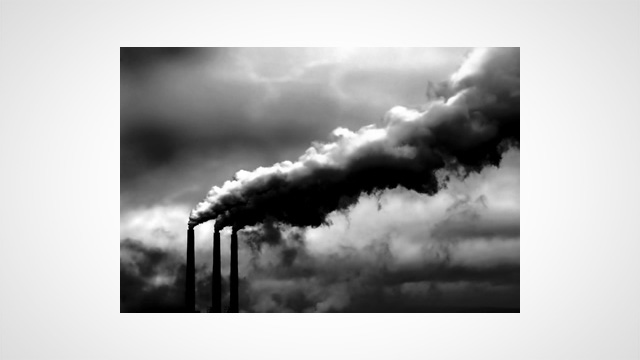 Last year, global carbon dioxide emissions fell slightly, as economic production in industrial countries sputtered under the weight of a recession. The Earth Policy Institute research shows that emissions in the United States fell nearly ten percent from 2007-2009 due to a sharp decline in oil and coal demand. However, emissions continued to rise in populous developing countries. In China — the world's largest emitter (and now, energy consumer) — CO2 emissions rose 9 percent in 2009.

Despite the U.S. decline, Americans still emit the most per capita of all developed countries (along with Australia and Canada). The three vast nations emit four times the world average, three times China's per capita amount, and two times the amounts in the U.K., Germany, and France, countries with whom we share similar standards of living.

A Stanford University study reveals that 22% of emissions in China are a direct result of manufacturing products destined for export. If American emission data was adjusted to include all emissions within its borders as well as emissions from Chinese exports and U.S. imports, the U.S. would once again be the world's most polluting nation.

Most global emissions result from the burning of fossil fuels, but a large quantity also comes from land use policies in places like Indonesia and Brazil, where deforestation is rampant. More than half of CO2 emissions are absorbed by soils, oceans, and trees, but the Earth's exponential increase in emissions is threatening the carbon-processing ability of these natural systems.

The mere fact that emissions were down in 2009 is no reason to celebrate; it has little if anything to with sustainable practices. In fact, the last decade saw emissions rise 2.5 percent per year, which is nearly four times that of the 1990s. This massive increase in CO2 in our atmosphere causes the temperature increases that makes each decade hotter than the next, and leads to the melting of ice sheets, rises in sea level, and changes in weather patterns.

Transformative actions are needed immediately in order to slow the trend. As industrial economies begin to gather steam, so will global emissions. Unless, of course, we make a massive shift towards a new, renewable energy economy. Sooner than later.