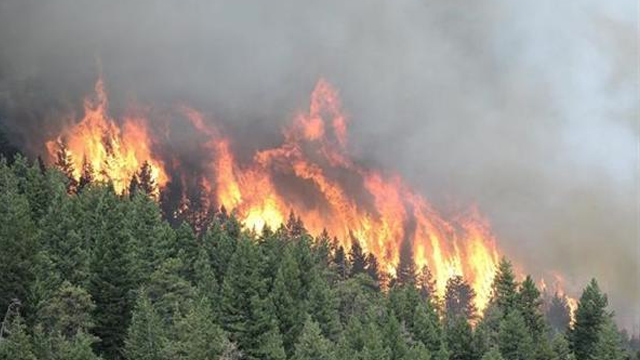 For telling proof that something is awry with global temperatures, one need look no further than recent headlines about devastating forest fires in Colorado or severe drought across the midwestern plains. If you’re still not convinced, Bill McKibben offers up some numbers that will stop you dead in your tracks.

In a sober piece written for Rolling Stone, the veteran activist and author lays out global warming’s terrifying new math. We don’t normally post doom and gloom stuff on SHFT, but this cannot be ignored.

First, some context: So far, we’ve raised the average temperature of the planet just under 0.8 degrees Celsius, causing the loss of a third of summer sea ice in the Arctic, a 30 percent rise in ocean acidity, and a 5 percent increase in atmospheric wetness over the oceans.

That’s the bottom line — the maximum allowable temperature rise agreed to in the (non-binding) Copenhagen Accord. To meet that target, massive emissions cuts are required. That isn’t happening.

Scientists estimate that humans can pour roughly 565 more gigatons of carbon dioxide into the atmosphere by midcentury and still have some reasonable hope of staying below two degrees.

The number describes the amount of carbon already contained in the proven coal and oil and gas reserves of the fossil-fuel companies, and the countries (think Venezuela or Kuwait) that act like fossil-fuel companies. In short, it’s the fossil fuel we’re currently planning to burn. And the key point is that this new number – 2,795 – is higher than 565. Five times higher.

The numbers add up to a truly scary picture. Check out the article at Rolling Stone. It’s a must-read.