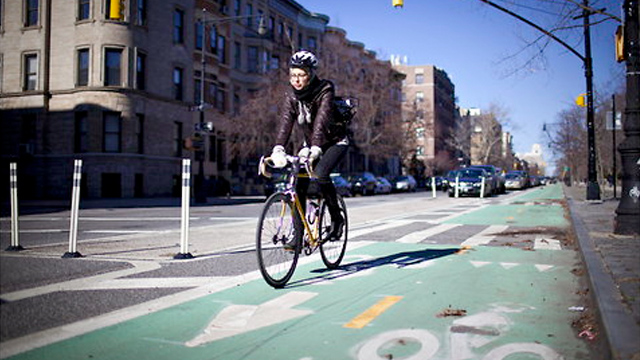 If we were asked to name the top two strongholds of eco-consciousness in America, we’d probably say Brooklyn on the east coast and Berkeley on the west. Hell, we even gave Brooklyn it’s own web series. But not everyone in these liberal bastions is down for the greater environmental good. When it comes to green development, self interest runs rampant. In Park Slope, Brooklyn, a new bike lane system that eliminated road space for cars sparked a lawsuit against Mayor Bloomberg’s administration; in Berkeley, a proposed green mass transit system was shelved last year in the face of stiff opposition from residents and store owners.

So what gives? In the New York Times, Elizabeth Rosenthal wonders whether we’re not witnessing some plain old Nimbyism at work, with residents opposing a local project that they would generally support… if it was somewhere else.

So what will happen to the Park Slope bike path or the Cape Wind turbines or the Berkeley B.R.T.? Will bike paths become as much the norm in New York as they are in Copenhagen, where some 30 percent of all trips are on two wheels? Will we get used to looking out for cyclists as we do for cars? Will we become so accustomed to views of wind turbines that we no longer “see” them any more than we do phone lines now?