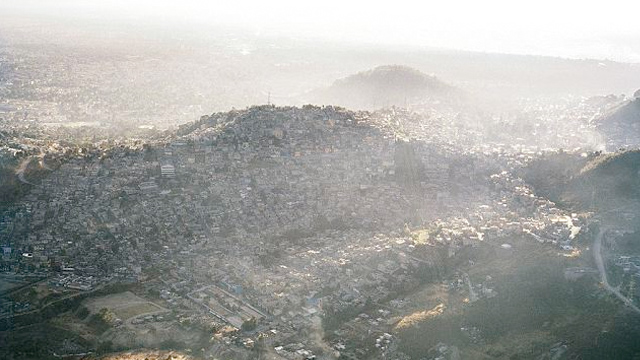 Mexico City, the most populous city in the Western Hemisphere, is home to over 21 million people. There are an astounding 25,400 people per square mile living in the city. In the above photos, Mexican photographer Pablo Lopez Muz shows what just that looks like, as seemingly endless rings of homes radiate out in waves from the city center.

“In a megalopolis like Mexico City,” says Lopez Muz, who took the pictures from the cockpit of a two-seater plane, “constantly threatened by its incessant population growth and its lack of infrastructure, the relationship between man and space is ever so apparent.”