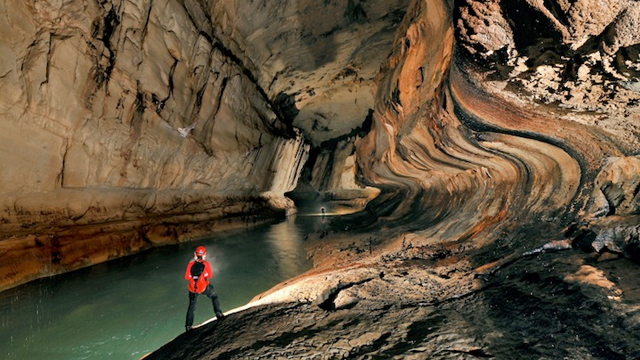 Robbie Shone is attracted to places many of us would prefer to avoid. The Innsbruck-based British adventure photographer explores deep, dark underground caverns around the world, using creative lighting to capture the spaces as they have never been seen before. His caving adventures have led him to some of the deepest and longest cave systems known to man, including extreme locations in the Alps, Crete, China, Papua New Guinea and Borneo.

[Robbie has] hung on a thin rope, photographing 200m [over 650 feet] above the floor in the world’s deepest natural shaft; explored the far ends of a 189 km [over 110-mile] long cave system; and spent a continuous 94 hours underground, in order to photograph the first cave to hold the 1 km [more than half a mile] depth record.”