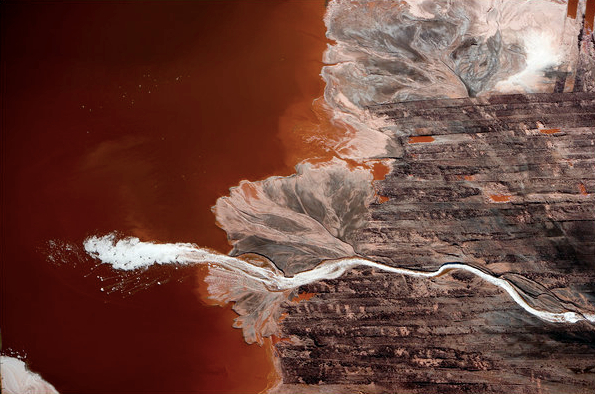 Like a good war photojournalist, J. Henry Fair stops at nothing to capture his image. In his case, the battle being waged is between industrial forces and the earth. The muckracking photographer takes to the sky in planes and helicopters, flying over enemy lines to shoot eerily beautiful pictures of polluted landscapes.

While they don’t exactly indict the practices they picture, the photos demand that we question the choices we make. But pollution never looked so good. “To make an image that stops people it has to be something that tickles the beauty perception and makes people appreciate the aesthetics,” says Fair.

A book of Fair’s photos, entitled “The Day After Tomorrow: Images of Our Earth in Crisis,” is slated for release next month on powerHouse Books.