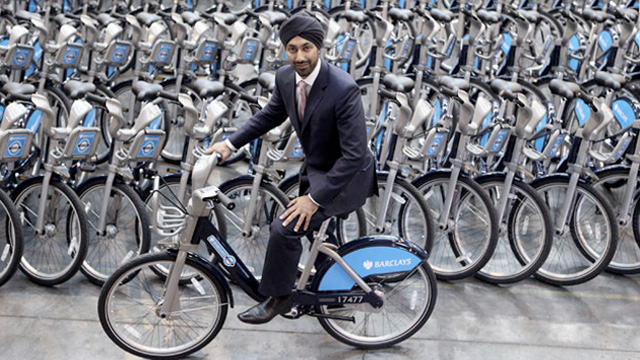 Six thousand matching bikes are about to become a part of the London streetscape, and the designers and operators hope that they're there for good. The bikes will be located at 400 docking stations around the city, and will be free for the first 30 minutes, or one pound a day and 45 pounds a year.

The Mayor of London is hoping the bike sharing program in addition to two new cycle superhighway's will greatly increase cycling in the city. The city follows the first bike share program which began in 1965 in Amsterdam, and has since spread to cities like Paris, Beijing, Washington D.C., and Barcelona. Bike sharing is only gaining in popularity, and could be in your own city before you know it.