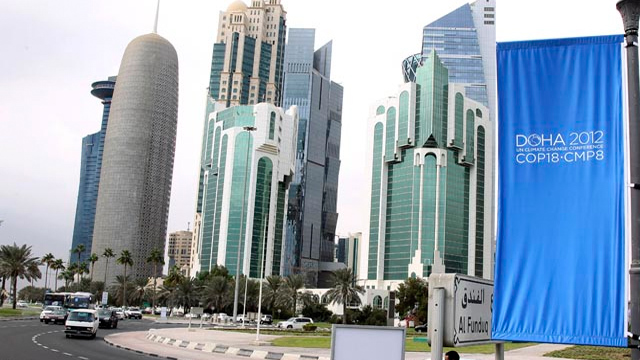 As nearly 200 countries meet in oil-and-gas-rich Qatar for annual talks starting Monday on slowing global warming, one of the main challenges will be raising climate aid for poor countries at a time when budgets are strained by financial turmoil.

Rich countries have delivered nearly $30 billion in grants and loans promised in 2009, but those commitments expire this year. And a Green Climate Fund designed to channel up to $100 billion annually to poor countries has yet to begin operating.

Borrowing a buzzword from the U.S. budget debate, Tim Gore of the British charity Oxfam said developing countries, including island nations for whom rising sea levels pose a threat to their existence, stand before a “climate fiscal cliff.”

“So what we need for those countries in the next two weeks are firm commitments from rich countries to keep giving money to help them to adapt to climate change,” he told The Associated Press on Sunday.

Creating a structure for climate financing has so far been one of the few tangible outcomes of the two-decade-old U.N. climate talks, which have failed in their main purpose: reducing emissions of heat-trapping gases that scientists say are warming the planet, melting ice caps, glaciers and permafrost, shifting weather patterns and raising sea levels.

The only binding treaty to limit such emissions, the Kyoto Protocol, expires this year, so agreeing on an extension is seen as the most urgent task by environment ministers and climate officials meeting in the Qatari capital.

However, only the European Union and a few other countries are willing to join a second commitment period with new emissions targets. And the EU’s chief negotiator, Artur Runge-Metzger, admitted that such a small group is not going to make a big difference in the fight against climate change.