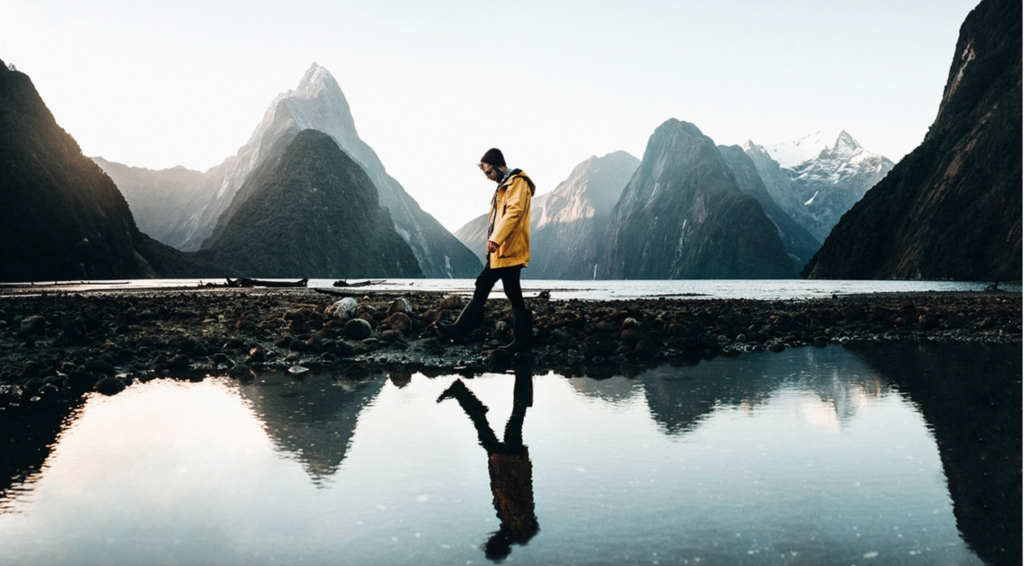 German photographer Florian Wenzel recently spent 40 days traveling through New Zealand, taking in its gorgeous landscape. Wenzel not only returned home with unforgettable memories, but a set of breathtaking photographs that demonstrate why New Zealand is a photographer’s paradise.

Wenzel’s voyage was inspired by photographers he met while traveling through Iceland, who regaled him with stories of New Zealand’s diverse landscape. From glaciers and fjords to mountains and beaches, the country has an unparalleled environment for landscape photography. And with about one-third of the country acting as a protected park, it’s an opportunity to see nature in its purest form. Making up a traveler’s visual diary, Wenzel’s photographs also feature some of the kindred souls he met throughout the course of his trip. It’s a reminder that traveling isn’t just the places you visit, but the people you meet.

Wenzel moved from Mt. Taranki on New Zealand’s North Island all the way down south to Milford Sound, a site that Rudyard Kipling once pronounced “the eighth wonder of the world.” Filled with marine life and waterfalls, and surrounded by rainforest, it’s a site that attracts upwards of 1 million visitors a year. But through Wenzel’s lens, it remains a mysterious and majestic beauty untouched by time.

Wenzel had a few locations in mind before he embarked on the trip, and was determined to photograph them in their best light at all costs, even if that meant driving across the country to chase good weather. Such was the case with his images from Mt. Cook, his favorites from his time in New Zealand.

“I really wanted to do the hike to the Mueller Hut as I was keen to see this beautiful view with my own eyes,” Wenzel shares with My Modern Met. “I waited for five days for better conditions but the weather was still not good. There were always big clouds hanging between the mountains, thus I had to carry on. One week later—I was at Milford Sound at that point—there were said to be good conditions for the next two days at Mt. Cook. I didn’t hesitate long and started the more than 7 hours night drive to Mt. Cook. When I got there I hiked for four hours to the Mueller Hut. I camped up there with a backpacker I had picked up at the entry of the National Park. We witnessed the endless avalanches of ice that rush down Mount Sefton in a roaring thunder. It was definitely one of the best experiences in my life but also the most exhausting.”