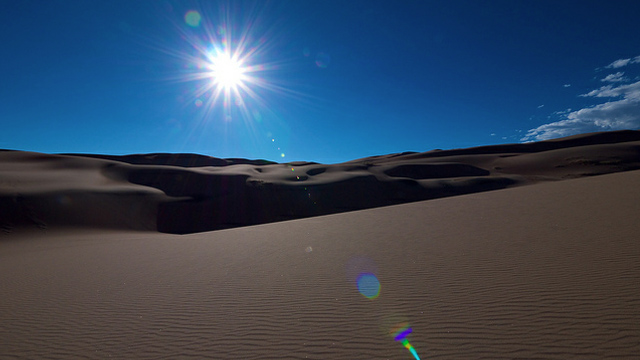 With fossil fuels meeting the vast majority of America’s energy needs, our clean energy future is a long ways off. But in the last decade, renewable power use has taken off, with some states now meeting over 20 percent of their energy needs from wind, solar, biomass and other alternative fuels.

At Co.Exist, Ben Schiller points to new data from the Energy Information Administration that shows the trend clearly. The first map shows the proportion of renewable energy — minus hydro — generated by each state.

And the state with the highest proportion of energy generated from renewable sources? Nope, not sunny California, but Maine, which gets 27 percent of its energy from wind, biomass (mainly wood, bear in mind), landfill gas, and other fuels.

Once you add hydroelectricity to the equation (map 2), the picture changes sharply, with the Pacific Northwest dominating production.

While the maps are telling, they don’t provide a complete picture, as Schiller notes:

Neither [map] includes solar or biomass production by end-users, such as households with solar panels on their roofs, or, say, breweries generating electricity from waste. In sunny states like California that might help shift the dial a notch or two.