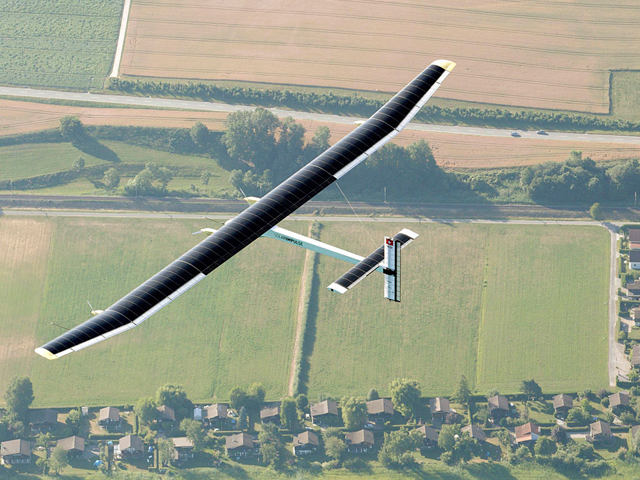 An experimental airplane with 12,000 solar cells and the wing span of a Boeing 777 passenger jet completed its first test flight of more than 24 hours on Thursday, proving that the aircraft can collect enough energy from the sun during the day to stay aloft all night.

Pilot and project co-founder Andre Borschberg flew the Solar Impulse to 28,000 feet above the Jura Mountains, reaching top speeds of over 75 mph. He landed near Bern, Switzerland to cheers from enthusiastic onlookers.

The landing of the plane, said project co-founder Dr. Bertrand Piccard, marks "a new era where people understand that with renewable energy you can do impossible things," adding that the flight was proof new technologies can help break society's dependence on fossil fuels.

The record feat completes seven years of planning and brings the Swiss-led project one step closer to its goal of circling the globe using only energy from the sun. The next challenge? An Atlantic crossing.