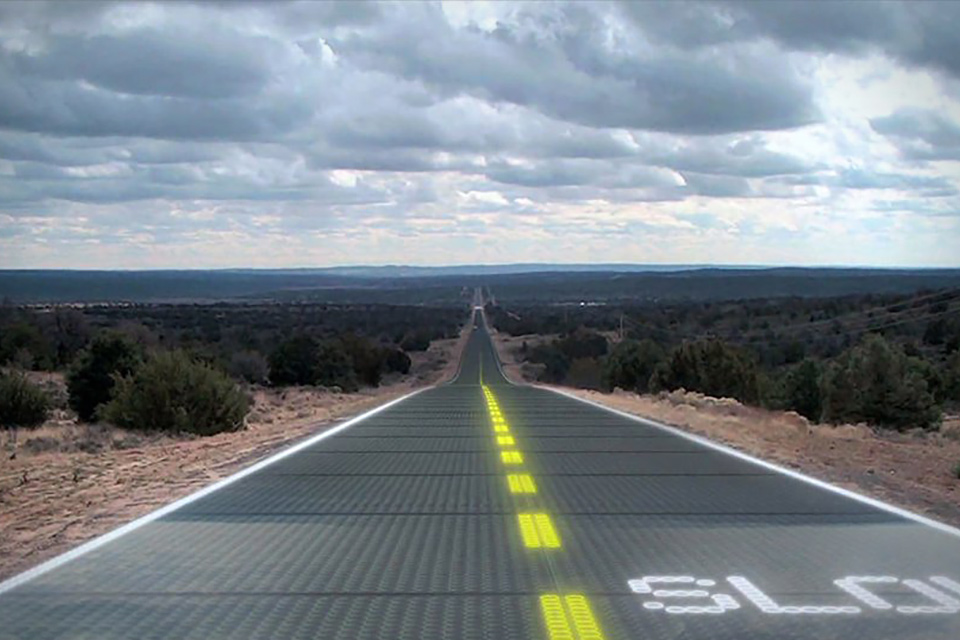 There are myriad opportunities when it comes to solar applications, and this one is a tripple win.  Every paved surface in the country -from highways to bike paths – could be generating renewable energy with Solar Roadways.  We could generate enough electricity to power the country 3 times over.

And there’s more: programmable LEDs would send information to drivers, while eliminating the need for painted road markers, while built-in heat sources would make snowy and icy roads a thing of the past. While it seems a little pie-in-the-sky right now, they’ve already received funding from federal highway authorities to begin pilot programs — so a brave new world could be nearer than we ever thought possible.

The government can’t get their act together, so the private sector needs to step up when it comes to infrastructure and renewable energy. Solar Roadways just launched on Kickstarter, and raised $1.5M surpassing their goal of $1M.

From our friends at Uncrate