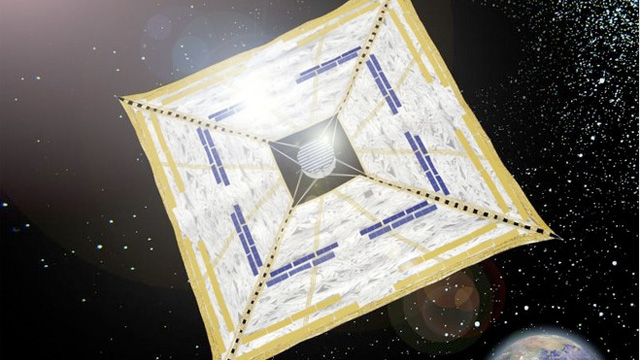 Now, this is getting space-agey. The Japanese Aerospace Exploration Agency says it has put solar panels on a spacecraft, which not only create power but they actively propel and maneuver it through space. The "Ikaros" solar sail absorbs photons from the sun that put pressure onto the solar sails reflective panels and propel the 700 pound craft.

Ikaros is bound for an orbit around Venus, and scientists will be able to control its velocity in addition to maneuver the craft simply from solar power. The project proves that space travel can be done without any fossil fuel.

For more, watch a video of Ikaros in action.