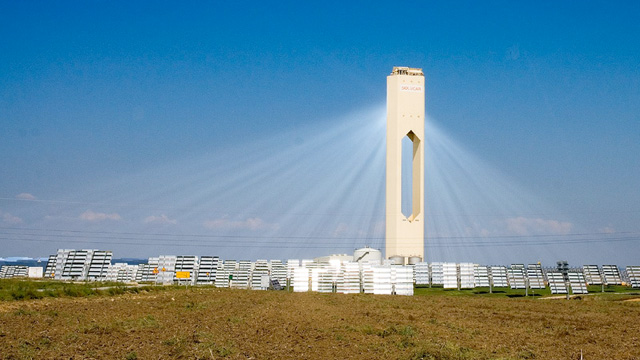 With Spain in the midst of an economic meltdown, the Spanish government has cut off aid to the domestic renewable energy industry — once the most heavily subsidized in Europe. Faced with an empty trough, Spanish clean energy companies are responding by seeking out projects abroad.

As Todd Woody mentions at Forbes, the Spanish renewable energy giant Abengoa is making 90% of its capital expenditures outside of Spain while 53% of its revenues in the first quarter of 2012 came from outside of Europe. The company is currently building two large solar thermal plants in the United States.