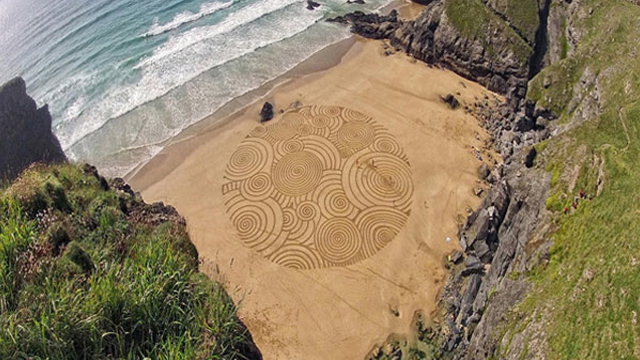 Since we spotted them on Faith Is Torment last weekend, Tony Plant‘s awesome ephemeral sand drawings have been popping up all over the ‘net. No matter, they’re a worth a triple look. Described by Surfer’s Path as “[an] environmental artist, photographer and surf creature whose imagination stretches to the far and hidden corners of the coastline,” Plant creates massive, swirling installations in the tidal zones off England’s coast. Like the work of Jim Denevan (previously), Plant’s designs are purely ephemeral, lasting only as long as the next tide or storm washes in. Cool.

(via Faith Is Torment)