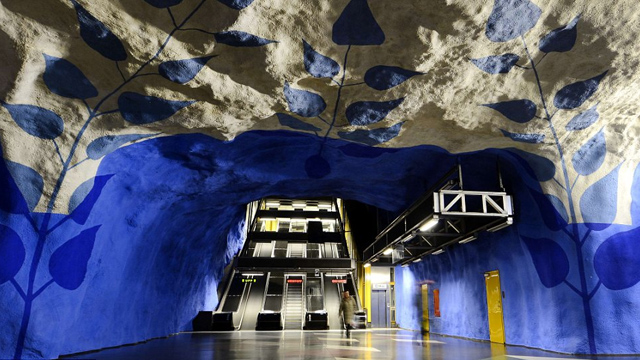 We tend to think of subway stations as drab, functional spaces that exist to serve one purpose: moving humans from A to B. But as we recently saw with Nick Frank’s beautiful, eerie photos of the Munich subway system, that’s not necessarily the case.

But the subway station beautification game belongs to Sweden’s largest city. Over the last 55 years, Stockholm has commissioned 150 artists to fill its transit stations with eye-popping installations, sculptures, and paintings.

The results are gathered in what’s being called the world’s longest art exhibition (68 miles!), transforming the underground transport system into a colorful visual feast. Now that’s commuting in style.