The Pacific Northwest in the 1970s 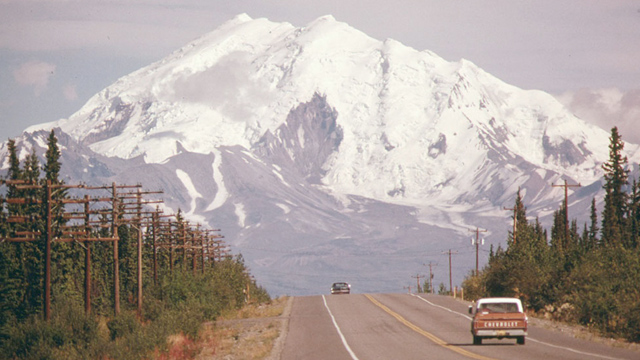 In 1971, the U.S. Environmental Protection Agency embarked on a project to document the state of America’s environment in images. With 15,000+ images, the Documerica Project [previously] is an important record of American life in the 1970s, before environmental legislation like the Clean Air Act and the Clean Water Act came to be.

The Atlantic’s In Focus recently hosted a week of Documerica photo essays, featuring regions of the U.S. covered by the photographers of the Documerica Project in the early 1970s. These images of Oregon, Washington, and Alaska were shot during during the 1973 oil crisis that left gas pumps empty, when construction was set to begin on the Trans-Alaska Oil Pipeline. They were heated times, with intense debate about what our energy future should look like. A lot like today, in fact.

See other photos from the Documerica Project on Flickr.

1. Looking east along Alaska’s Glen Highway toward Mount Drum, near the intersection of the Trans-Alaska Pipeline, then under construction in August 1974. (Dennis Cowals/National Archives and Records Administration)

3. Weyerhauser paper mills and Reynolds Metal Plant are both located in Longview, Washington, on the Columbia River, April 1973. (David Falconer/NARA)

4. Gas station attendants peer over their “Out of Gas” sign in Portland, November 1973. (David Falconer/NARA)

5. Due to fuel shortage, school children were forced to use their bicycles on field trips in the winter of 1974. (David Falconer/NARA)