The Spill and the American Psyche 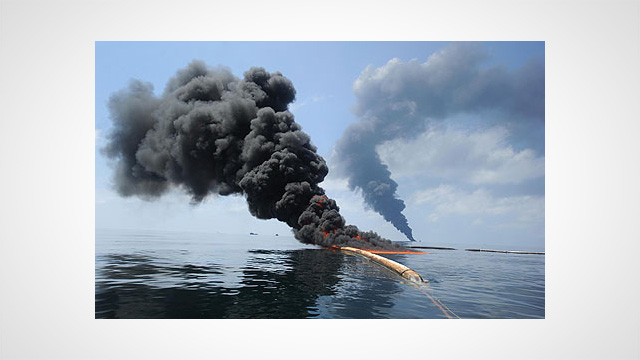 In the Gulf of Mexico, where tens of millions of barrels of oil have spewed into the sea, a ray of hope has come in the shape of a cap fitted onto the blown wellhead. The successful attempt to stop the gusher marks the end of nearly three months of futility. Around America, you can almost hear a collective sigh of relief. Almost.

In the Week in Review in Sunday's New York Times, Peter Goodman looks at the oil spill's effect on the collective consciousness, and wonders whether it's too late to restore public confidence in government and big business.

According to Goodman, the catastrophe has become a "festering reminder of the disarray afflicting so many areas of national life, from the cancerous political culture to the crisis of unemployment to an intractable war in Afghanistan, seemingly impervious to whatever plans are dreamed up in Washington."

And that bums people out. â€œThe national psyche is very depressed," said Nadine Kaslow, a psychologist at Emory University. "The spill has been going on for so long and there have been so many attempted fixes that people become less trusting that things will really improve."

With the cap affixed to the wellhead and the gusher halted, a dash of confidence has been restored. But will the cap — or our collective hope — hold?