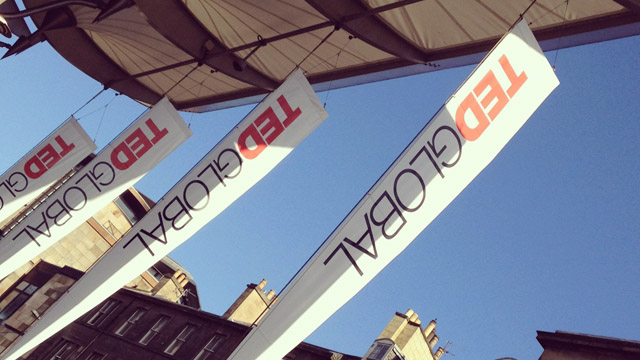 The internationally-focused TEDGlobal recently wrapped a fantastic week of stimulation and inspiration, centered around the theme of Radical Openness. Hosted and curated by Bruno Giussani, the European Director of TED, the international non-profit dedicated to “Ideas Worth Spreading.” TEDGlobal is the TED Conference’s flagship event with a global focus, weighing heavily towards talks that cover world issues, human rights, and interconnectedness. The 2012 event featured attendees from over 80 countries.

Speakers included Massimo Banzi, a designer and open source hardware advocate who has worked for the likes of Prada, Persol, and Adidas, who helped invent the Arduino, a tiny, easy-to-use open-source microcontroller that’s inspired thousands to make the coolest things they can imagine – from toys to satellite gear. Also mind-bending was the presentation by physicist Boaz Almog, who demonstrated how a superconductor, cooled with liquid nitrogen, can hover and “lock” into place above a magnetic disc, suspended in mid-air. The implications for travel are numerous as “maglev” trains are already taking off, no pun intended, in Shanghai.

The conference is famous for its ability to bring together fans of science, entertainment, and design under one roof and igniting conversation surrounding it’s talks which have been known to go viral online. The theme for TEDGlobal 2013 was just announced: Think Again. The event will be held once again in Edinburgh, Scotland, and registration is now open.