This Wobbly Stool Forces You To Work Out While You Sit 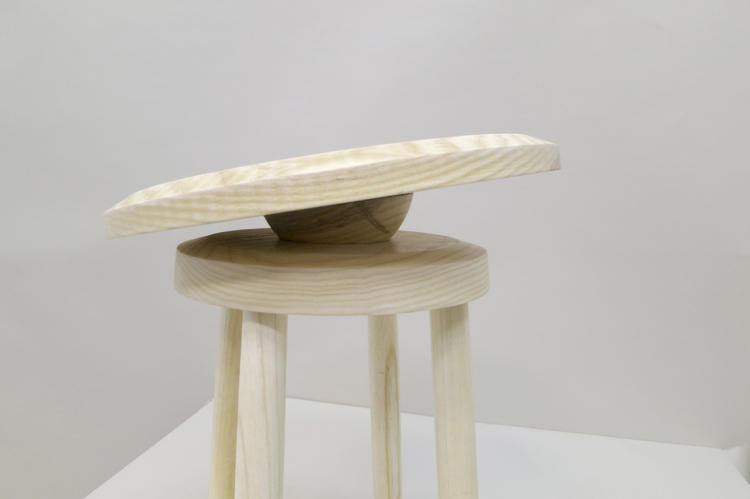 We all know sitting in front of a desk all day is slowly killing us. But what does it actually take to get us out of our comfortable chairs (or, for those of us who work at home, a deep slouch on the sofa)?

One answer might be the Balance Stool, a wobbly wooden seat that forces you to activate your core while you type. It might not let you slump, but designer Darryl Agawin says it’s surprisingly comfortable. And it doesn’t look as obvious—or ugly—as a giant inflatable balance ball chair.

The seat of the stool balances on a half-sphere, so it’s in constant motion. “When you sit on it, you’re immediately thrown off balance—though not so much that you’ll fall off the chair,” explains Agawin.

It’s essentially impossible to sit on the chair with bad posture. “You have to have both feet on the floor, your back nice and straight,” Agawin says. “Otherwise, it accentuates your slouch so much that you can’t sit on it. The moment that you slouch, you sort of get thrown off balance.”

If you want to take a break, you can take the top of the stool off and use it as a balance board on the floor.

The design is an evolved version of Agawin’s “No, Sweat!” workstation, which turned an office into a convertible gym.

“Producing a three-piece furniture set wasn’t really something I could do,” he says. “So I thought about how I could simplify the design while maintaining the same sort of innovation.”

He also aimed for a simple, modern aesthetic, made from reclaimed wood that was headed to the landfill. “I wanted it to look visually pleasing,” Agawin says. “It’s not as crazy as having an exercise ball at your desk. It’s not like ‘I’m trying to work out.'”

Though the design is just a prototype at the moment, Agawin is working on reducing production costs and hopes to launch the stool soon on Kickstarter.