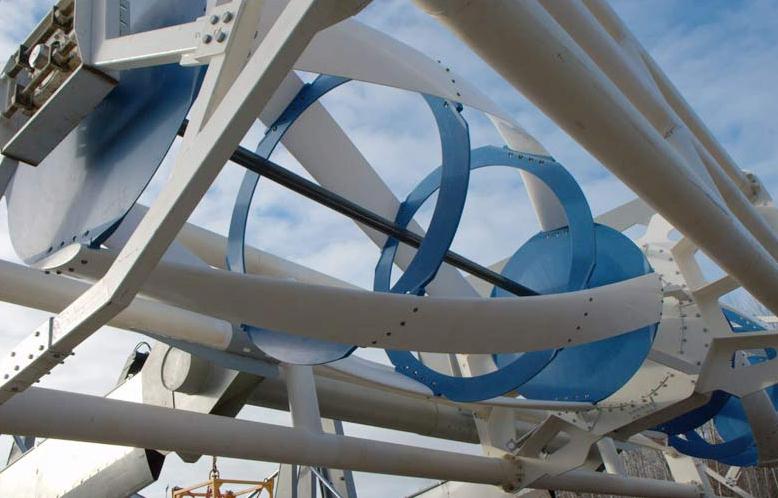 The TidGen turbine sits in Cobscook Bay, part of the bigger Bay of Fundy,  off the town of Eastport. It has lawnmower-shaped blades that churn as 20-foot tides rise and fall twice a day. The machine is capable of producing about 180 kilowatts, enough to power about 25 to 30 homes.

The company plans on installing another two turbines in the same location in the fall of 2013, possibly scaling up after that to 5 megawatts of power. That would be enough to power around 1200 homes.

“This historic moment elevates the U.S. to the world stage,” said Chris Sauer, the CEO of Ocean Renewable Power Company. “We are now ready to bring our tidal energy power systems and expertise to the international market.”

The development is bright light for the U.S. ocean power industry. With waves and tides offering so much energy potential off of our coasts, it’s exciting to see companies starting to take advantage.