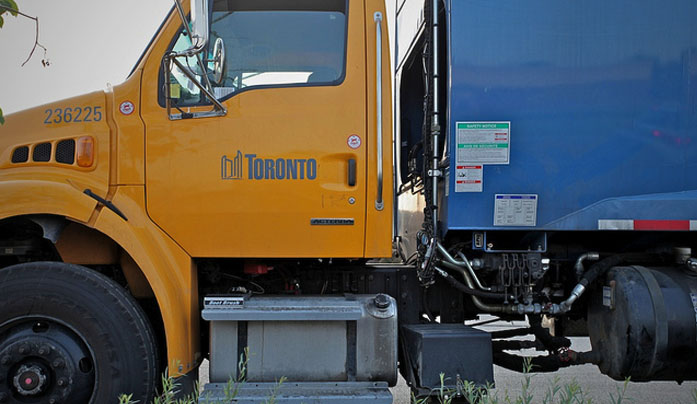 How's this for meta? The City of Toronto has launched the first of a fleet of waste collection trucks to be fueled by, well, collected waste. The garbage-eating truck will join Toronto's existing Green Fleet, created as part of a government effort to reduce the city's fuel consumption and protect air quality and health.

May we suggest a stylized Ouroboros as the symbol for the new truck?