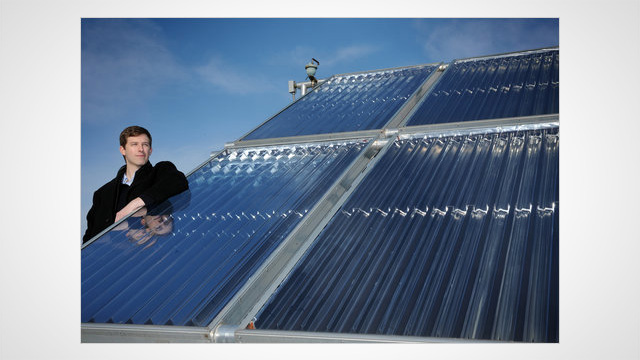 The University of North Carolina, best known for its basketball prowess, is celebrating a different sort of victory this week. The Chapel Hill, NC school was named winner of the Environmental Protection Agency's National Building Competition to see who could get the most energy savings out of their respective buildings over the course of a year.

The winning team, from UNC's Morrison Residence Hall, received no winning prize, but the cash savings were significant. By tweaking the heating and cooling systems, expanding the solar-powered hot water system, and consistently coaxing residents to ease up on hot water usage, the team managed to reduce the building's energy use by 36 percent, trimming an estimated $250,000 from its energy bills.

According to Chris Martin, director of energy management for the university, the school isn't about to rest on its green laurels. â€œI think weâ€™ve got lots of opportunity left on the campus,â€