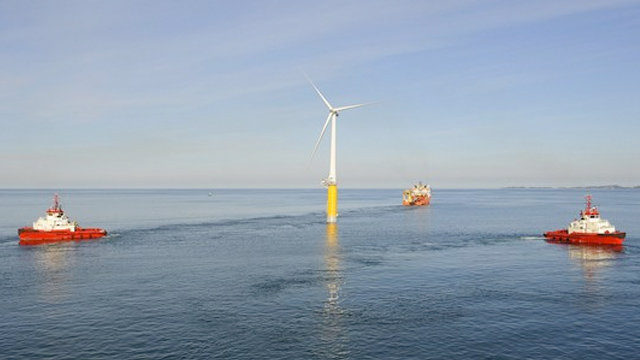 At this week’s multilateral clean energy meeting in London, the British government announced it will collaborate with the US to develop floating wind turbines that harness the higher wind speeds available over deeper water.

“Britain has more wind turbines installed around its shores than any other country in the world, and our market is rated year after year as the most attractive market among investors,” said UK energy secretary Ed Davey. “The UK and US are both making funding available for this technology, and we’re determined to work together to capitalize on this shared intent.”

Photo: Hywind, a floating wind turbine with a capacity of 2.3MW, off the coast of  south-east of Karmøy, Norway. (Øyvind Hagen/StatoilHydro)