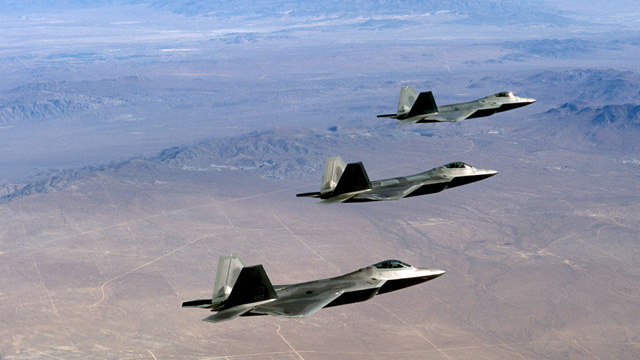 Renewable energy projects have faced some interesting opposition over the years. Some are opposed by environmentalists have because of threats to endangered species. Others are opposed by ordinary citizens for aesthetic reasons. Now the U.S. military presents a formidable new opponent.

The specific menaces targeted by the Armed Forces are wind turbines, the blades of which are indistinguishable from airplanes on military radar systems, posing a potential threat to national security. In 2009, nine thousand megawatts of wind projects — such as a a $2 billion, 338 turbine project in Oregon — were derailed by the Defense Department for this very concern. Currently, the armed forces are opposing a project in the Mojave Desert, where they own 20,000 miles of airspace and associated land used for bomb tests, aerial maneuvers, and radar testing.

The conflict brings up an interesting question: In which case is America safer — protecting radar systems by derailing wind projects, or installing wind projects and reducing our dependence on foreign oil?

The latter, methinks. It seems to me that reducing our dependence on foreign oil should be at or near the top of our national security issues. Energy security and national security are two sides of the same coin. The Energy Department, private renewable energy companies, and the military must work together to create innovative strategies and technologies that mitigate radar clutter and allow not only security, but also energy sources to become more effective and sustainable.