US Role Defined in Natural Disasters 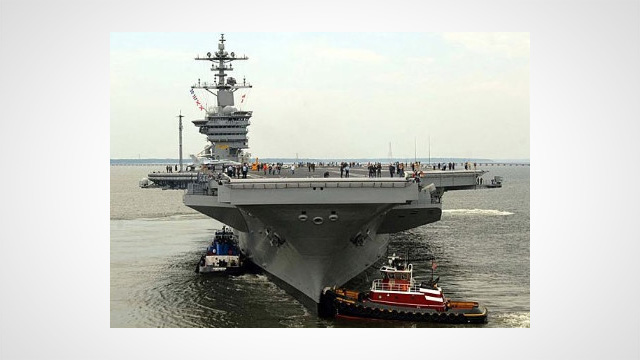 In tonnage, the United States Navy says its battle fleet is larger than those of the worldâ€™s next 13 biggest navies combined. One of the largest vessels, the Carl Vinson, seen above, is in its first deployment in nearly five years â€” to the earthquake zone in Haiti instead of a war zone.

I predict youâ€™ll see a lot more scenes like this in years to come, as the developed world increasingly realizes that anyone interested in national security has to act to foster global resilience, particularly in places where natural hazards and deep poverty are superimposed. Haiti is a prime example â€” just look at the shake map for this quake â€” but itâ€™s just one of dozens. With or without any added push from global warming, sub-Saharan Africa is now known to be prone to astonishing super-droughts, and the population is projected to double by 2050. Military planners have expressed concern that climate change adds another layer of risk in many such regions…MORE