What Astrobiology Can Tell Us About The Fate Of The Planet 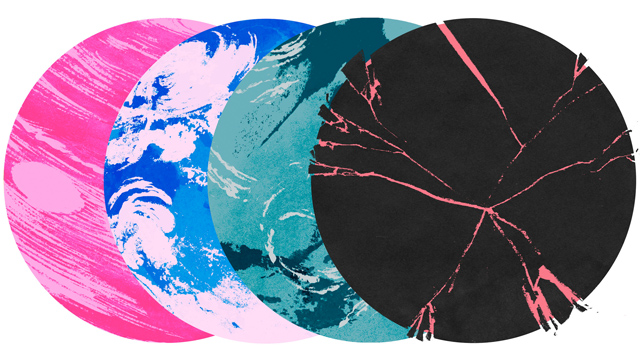 OUR galaxy, the Milky Way, is home to almost 300 billion stars, and over the last decade, astronomers have made a startling discovery — almost all those stars have planets. The fact that nearly every pinprick of light you see in the night sky hosts a family of worlds raises a powerful but simple question: “Where is everybody?” Hundreds of billions of planets translate into a lot of chances for evolving intelligent, technologically sophisticated species. So why don’t we see evidence for E.T.s everywhere?

The physicist Enrico Fermi first formulated this question, now called the Fermi paradox, in 1950. But in the intervening decades, humanity has recognized that our own climb up the ladder of technological sophistication comes with a heavy price. From climate change to resource depletion, our evolution into a globe-spanning industrial culture is forcing us through the narrow bottleneck of a sustainability crisis. In the wake of this realization, new and sobering answers to Fermi’s question now seem possible.

Maybe we’re not the only ones to hit a sustainability bottleneck. Maybe not everyone — maybe no one — makes it to the other side.

Since Fermi’s day, scientists have gained a new perspective on life in its planetary context. From the vantage point of this relatively new field, astrobiology, our current sustainability crisis may be neither politically contingent nor unique, but a natural consequence of laws governing how planets and life of any kind, anywhere, must interact.

The defining feature of a technological civilization is the capacity to intensively “harvest” energy. But the basic physics of energy, heat and work known as thermodynamics tell us that waste, or what we physicists call entropy, must be generated and dumped back into the environment in the process. Human civilization currently harvests around 100 billion megawatt hours of energy each year and dumps 36 billion tons of carbon dioxide into the planetary system, which is why the atmosphere is holding more heat and the oceans are acidifying. As hard as it is for some to believe, we humans are now steering the planet, however poorly.

Can we generalize this kind of planetary hijacking to other worlds? The long history of Earth provides a clue. The oxygen you are breathing right now was not part of our original atmosphere. It was the so-called Great Oxidation Event, two billion years after the formation of the planet, that drove Earth’s atmospheric content of oxygen up by a factor of 10,000. What cosmic force could so drastically change an entire planet’s atmosphere? Nothing more than the respiratory excretions of anaerobic bacteria then dominating our world. The one gas we most need to survive originated as deadly pollution to our planet’s then-leading species: a simple bacterium.

The Great Oxidation Event alone shows that when life (intelligent or otherwise) becomes highly successful, it can dramatically change its host planet. And what is true here is likely to be true on other planets as well.